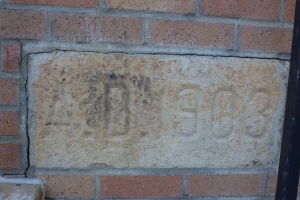 The Immaculate Conception Church history is rich with baptisms, first communications, marriages, and many more memories; with many more years to come.

“Kde jsou ovecky, tam ma byti pastyr, kde jest mestecko, tam am byti kostel”- Archbishop Ireland’s Secretary spoke these words in 1903 when he was sent to Lonsdale to designate a site for the parish now known as Immaculate Conception. The phrase translated from Czech means, “Where there are sheep, there should be a shepard, where there is a village, there should be a church”.

The church was built on the Patrick Wilby site, after 3 or 4 residents offered their land. Archbishop Ireland incorporated the Church of the Immaculate Conception on March 11, 1903. The building of the church was completed by the fall of 1904 costing $6,600, $171,610 in today’s dollars. The settlers gathered 40% of the cost themselves, $2,600, and the rest was debt. Rev. Francis Tichy of New Prague blessed the cornerstone, and Veseli’s pastor Rev. Robert Polasek assisted in building our parish. For a year Rev. Alphonse Kotouc resided over Immaculate Conception and Most Holy Trinity after Rev. Polasek’s unexpected death.

Immaculate Conception’s first priest was Rev. Francis T. Bouska. He held his first mass September 10, 1905, with his sermon being delivered in Czech and English. The homilies at Immaculate Conception would continue to be in Czech and English for the following 55 years, since many parishioners at the time understood Czech better than English. The original church was a white frame building with a bell tower in the entry. The early parishioners paid rent for the wooden pews, which was custom at the time, they had name tags identifying their pew. Rev. Stanley Skluzacek abolished this practice in 1946. Two years later the church added new members from the dissolved parish in Wheatland known as St. Luke’s (or St. Louis), which had 12 families at the time of is dissolvation. 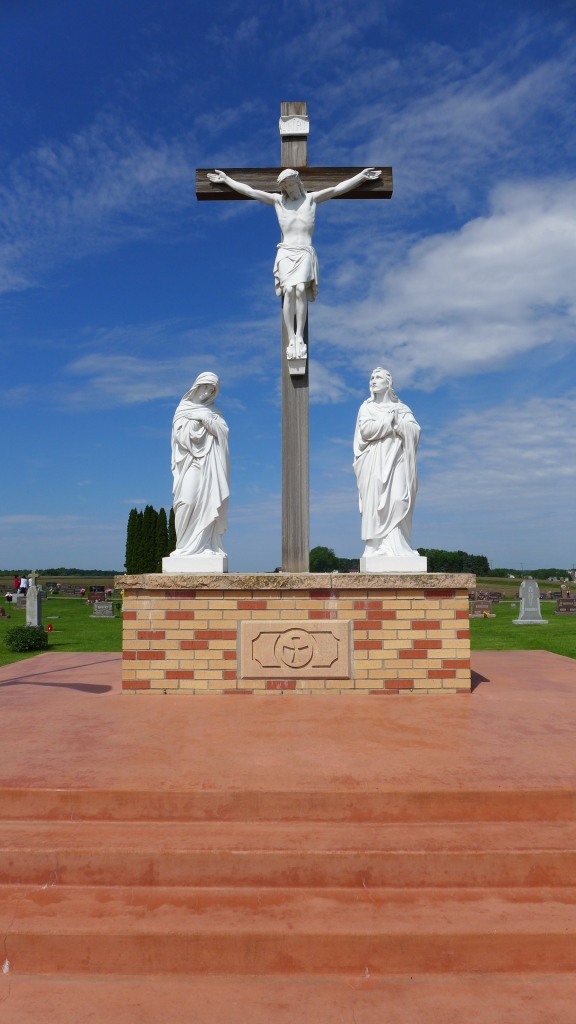 A rectory was built alongside the church in 1907, able to house the presiding priest, visiting priests, and missionaries overnight. A housekeeper, which the parish had until 1968, had their own separate apartment. Calvary Cemetery was bought during Fr. Bouskas’ tenure and held a stone base with a wooden cross in its center. In 1964 the center setting was redone by volunteer parishioners and donations to its current display ,a scene of the Crucifixion.

The Catholic school was built in 1912. It had two classrooms housing 64 students, grades first through eighth, and living quarters for the nuns. The first set of students were confirmed in November 1917 by Bishop Trobec, 58 girls and 72 boys. The school had its first graduating class in June 1919. Jerry Skluzacek, Wencel Herda, Otilla Minar, and Rose Pumper were the graduates that year; Jerry (Fr. Jerry Skluzacek) and Rose (Sister Bernice Pumper) choose to enter into religious life.

In 1921, Rev. Joseph Tomek became the presiding priest for Immaculate Conception Church. He added another two-story section to the school including more classrooms and expanding the nun’s living quarters. A heated chapel in a downstairs northeast room allowed weekday mass to be said there during the winter. A dormitory-like room above this chapel allowed for nine out-of-town students to be boarded there in 1924, and go home on the weekends. A year later Sister Jerome taught the newly introduced high school classes. Ten years after the first children were confirmed, the school had 103 students. In 1935 Rev. Albert Ziskovsky took over our parish, but was only here for a year. He was succeeded by Rev. Robert Bastyr. The school was closed in 1936 for a brief period due to the scarlet fever epidemic. Shortly after, the high school was expanded to the traditional four year term with 27 students. 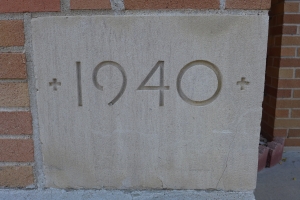 On November 1, 1939, Archbishop John Murray gave the parish a solemn mandate to build a new church. At the time the current church had a capacity of 460 people, however the parish had 1,365 individuals. Construction of the current church began June 6, 1940 however the completion was delayed until the following spring due to the Armistice Day blizzard. Before Vatican II the main altar featured an oil painting based on Murillo’s Immaculate Conception done by Carl Olson. During Rev. Stanley Skluzacek’s time here (1946-1947) the Archbishop had the high school classes at the school closed since they did not meet standards for entering college. After Rev. Skluzacek’s term Rev. Michael Skoblik presided at our parish for a year. Rev. Charles Jirik spent the next 17 years with our parish. While he was here the current rectory site was purchased for $9,000 in 1957, with the construction of the parish house being $90,000. At the time it was used for convent housing for the the nuns teaching at our Catholic school.

In 1965, Rev. Robert Dobihal became the pastor of Immaculate Conception. Vatican II came into effect at our parish during this time. A new altar was constructed to have the priest face the congregation during mass, the statues were redone, the sanctuaries wallpaper-like decoration was covered with subtle tan shades, and the deteriorating oil painting at the main altar was replaced with a large crucifix ordered from Germany.

In 1969, a year after Rev. Otto Neudecker came to Lonsdale, the Lonsdale, New Market and Veseli school systems were consolidated into one, known as LNMV Catholic School. The new school was divided between the three respective school locations: grades 1 and 2 in Veseli, grades 3 and 4 in New Market, and the upper grades in Lonsdale.

In June 1971, Archdiocesan Director of Rural Life, Rev. Gerald Schunk was assigned to Immaculate Conception Parish. One of his first tasks was to reduce the parish’s debt. Mrs. Joe R. Trnka willed her home to be used as a rectory. The old rectory was sold at a parish auction and is currently a home southeast of Webster. A two-car garage was built for the sisters next to the convent, the school was renovated, and the streets were resurfaced. Fr. Schunk was appointed the new pastor of Holy Redeemer in Montgomery in June 1977 and Rev. Henry Gessner was welcomed at that time. During Fr. Gessner’s time here extra ordinary ministers of Communion were appointed, and the option of receiving Communion in the hand went into effect. 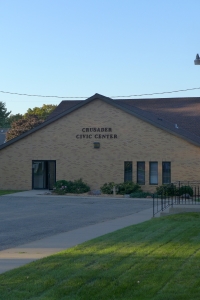 Rev. Stanley Kozlak was assigned to our parish in August of 1985. Fr. Kozlak made many improvements to our parish throughout his duration here. The Crusader Civic Center was built in 1991, the parking lot and cemetery roads were paved, and handicap access requirements (such as the chair lift) were met. Rev. A. Michael Sauber arrived to serve our parish in October 1996. The Parish Pastoral Council was reorganized according to Canon Law under Fr. Sauber’s guidance. After the convent housing the two remaining nuns, Sister Kristin and Sister DelRay, was vacated in 2002 the parish house was sold and the former convent house was transformed into the current parish house. 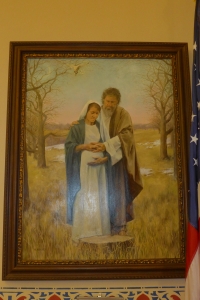 Rev. Troy Przybilla came to our parish shortly after memorial day of 2007; he is commonly referred to as Father Troy. Father Troy assisted in the completion of Holy Cross School. He brought color into

the church reinstating some of the beauty members might recall from earlier years. A decorative boarder was painted in the interior and along chair rails. A Czech saying was inscribed on the balcony header for people to see as they exit Immaculate Conception. Reverend Przybilla commissioned a painter to create a image of the immaculate conception of Mary. The vision came to him in a dream and soon the painting could be found in our church (it is now on the wall next to the statue of the blessed mother, Mary). Father Troy started a youth group at the Parish, in order for the youth to grow in friendship, service and faith. The monthly gatherings included faith, food, fun and service activities. A Sunday school came into the Crusader Civic Center and a mural was painted there as well, depicting elements in the bible that are commonly taught to children. Soon though, Father Troy Przybilla was called to serve the archdiocese as the director of vocations.

Rev. Thomas McCabe came to Immaculate Conception in July of 2011. He is responsible for the red missalettes in our pews, they replace our former missalettes which were rotated for every season and were customized for the year. Fr. McCabe established the Youth and Family Ministry in 2012. Many youth and family events were held, including potlucks, Prayer-A-Thon, Family Movie Night, Blessing of the Pets, and Christmas Caroling. Fr. McCabe put an emphasis on the family, prayer, fasting, and volunteering during his almost four years at Immaculate Conception. He also was a co-leader along with Fr. Patrick Barnes of New Market for a pilgrimage to Rome, Italy. This pilgrimage was fruitful and very memorable for all that attended. To expand our outreach, Fr. McCabe supported the establishment of the Knights of Columbus at our parish. It is wonderful that this organization is continuing to grow and thrive at our parish and is able to contribute to our parish and our community.

On July 1, 2017, Fr. Nick VanDenBroeke came to Immaculate Conception. He started Cor Jesu (Eucharistic Adoration), our Annual Apple Cider event, along with many teachings and classes, including Theology of the Body. 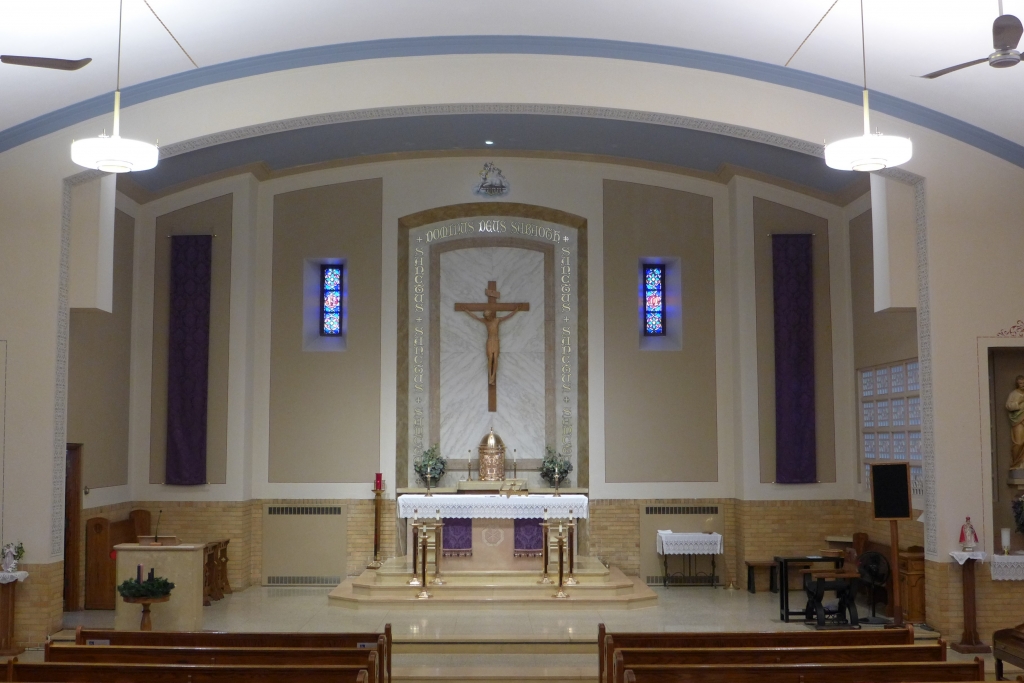 Priests from our Parish